India receives a record number of tourists annually, from travellers looking for luxury accommodation to students surviving on shoestring budgets. Across this vast country there are so many interesting places to cover, with each region offering its own special attractions, cuisine, and way of life.

For the first time traveller with limited time to visit India, these five cities are a definite must-see.

The capital city of India, New Delhi is the hotbed of politics, culture, education, and so much more. It contains some magnificent architecture, including Humayun’s Tomb, Qutub Minar, and the Jama Masjid. New Delhi is equally well known for its luxurious green expanse, including Lodhi Garden, the Garden of Five Senses, Deer Park, Indraprasth Park and many more. Shoppers enjoy the bargains at Janpath, Sarojini Nagar, and Lajpat Nagar, while high-end buyers regularly throng the city’s many malls. 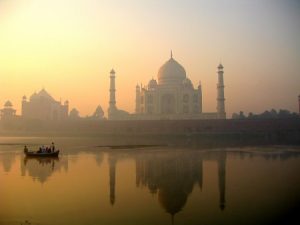 No visit to India can be complete without seeing the Taj Mahal, the symbol of true love, in Agra which is only a few hours from road by New Delhi. This iconic structure built of white marble was constructed by the Mughal emperor Shah Jahan to commemorate his love for his wife Mumtaz Mahal. Taj Mahal is a UNESCO World Heritage Site, attracting millions of tourists annually.

To experience how the former Indian princes must have lived, a visit to Udaipur in Rajasthan (north-western India) is a must. This city is known for its palaces, most of which have been converted into luxury hotels, often situated on or near lakes. It is also known as Lake City, due to the large number of water bodies present in this city.

Situated on the west coast of India, Goa attracts tourists with its beaches, waterfalls, budget accommodations, and party atmosphere. It is a particular favourite among young travellers, seeking some relaxation and adventure sports. Tourists visiting Goa also enjoy digging in the spicy and finger-licking Portuguese and Goan food on offer.

Most tourists in India don’t miss a chance to travel to Kerala, and with reason. Kerala is ‘God’s own country’, with palm trees lining the pristine backwaters, lagoons and lakes parallel to the Arabian Sea. Cruise in a houseboat along the backwaters, taking in the wildlife and enjoying village views on your way.