The sugars drug epidemic is not new to the Indian community in Durban. It has hit media headlines from 2006 when the extent of the scourge was realised beyond the borders of Chatsworth, the predominantly Indian township where sugars addiction is said to be rife. Almost 10 years on and there seems to be no end in sight to the devastation caused by drug addiction mainly attributed to sugars.

Sugars: What is it and what does it do?

Sugars is the street name for a drug containing a mix of residual heroine and cocaine. It is essentially the ‘waste products’ of these widely known and often more expensive illicit substances. Added to the mix are other chemicals like rat poison that not only bulks up the final product but also contributes to the euphoria (‘high’) that sugars addicts experience when they use the drug.

It derives its common name from its brown crystalline structure which resembles sugar. Sugars is usually smoked by inhaling the vapors released once the drug is heated.  From the airways and lungs, the chemicals quickly enter the bloodstream within seconds. Once in the bloodstream, these chemicals travel to the brain where it causes certain brain hormones to be released in large quantities.

One of these hormones, dopamine, is known to be responsible the ‘feel good’ sensation that it typical of a drug high. It stimulates the reward and pleasure centres of the brain but the euphoria is short-lived. Unpleasant withdrawal symptoms, commonly referred to as the ‘roster’ by sugars addicts, then set in. As with most drug addictions, the user will then seek out more of the substance in order to alleviate these withdrawal symptoms and restore the euphoria.

The Social Impact of Drug Addiction

Sugars is highly addictive as is the case with most narcotic substances and users find it difficult to kick the habit. Unlike many other illegal drugs, sugars has been gained widespread notoriety in the Indian community for being at the root cause of many of the social ills affecting the youth today.

From house break-ins and shoplifting to support their habit, to drug-fuelled violence and even prostitution, sugars addicts have devastated not only their lives but also that of their families and the community at large. Crime is not the only issue with drugs like sugars. It ultimately can lead to death, sometimes indirectly through the risky behaviour associated with intoxication.

Sugars appears to be a more popular drug among the youth than with older age groups. As a result of their addiction, these young people often drop out of school, do not seek formal career opportunities and may be at risk of teen pregnancy and sexually-transmitted diseases (STDs). The effect of sugars addiction is therefore not isolated to the individual user. 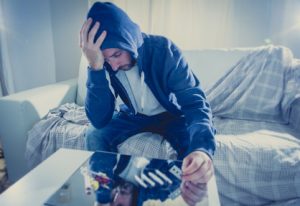 Unfortunately the success rate with treating any drug addiction is fairly low. There are no formal statistics as yet to indicate the success of specific programs or methods. As all recovering addicts are aware, addiction is a lifelong battle even for those who have stopped using a substance for years or even decades.

A widely used option for treating sugars addiction is the drug Subutex (buprenorphine). While it is often lauded for its effectiveness is keeping the withdrawal symptoms and craving at bay, addiction is not entirely a physiological issue. There is also the psychosocial component to addiction.

Socialising with other users, the ease of accessing the drug, socioeconomic issues and low self esteem are some of the other factors that also play a role in drug addiction. More effective treatment programs attend to the physiological, psychological and social components of addiction. However, it also relies heavily on the family of the addict as well as the community at large.