The start of the English Premier League season 2015/16 dawned upon us once again, football fans how did we survive the past 2 months and a bit? 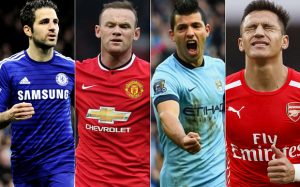 What was billed the ideal opener to the season, Manchester United and Tottenham HotSpurs kicked off the 2015/16 with much excitement from both sets of fans and the neutrals. Judging from the previous encounters between these two clubs we expected a match filled with entertaining soccer over 90 minutes, not so this year.

The game did not live up to expectation. Well done to United for securing the first win on the opening day, as a result of an own goal courtesy of Kyle Walker the Spurs right back.

Even the most staunch United supporter will admit, this was no vintage performance from Louis Van Gaal’s team by any stretch of the imagination. United lacked attacking flare for 67 minutes of the game. Credit must go to the new signing Matteo Dammien, having an impressive debut. However, United have a big season ahead of them with the fans expecting silverware.

What about Spurs? To date they have not spent a great deal in acquiring new players for this transfer window. With all the investment over the past weeks, some £23 million, invested in improving the Spurs defence. It is clear that more money needs to be invested in the attack force. The coach Mauricio Pochettino has sold five players raising £36 million. Its seems that they can only build on this result going forward. Watch out for the new signings! The aim to is achieve top 4.

The Champions Held at Home

Not everyone will agree. The equalising penalty scored by Swansea was clearly the result of a correct decision made by the referee. The Chelsea goalkeeper Courtouis fouled Gomez the Swansea striker, with Gomez being in a clear goal scoring position. The result: red card Courtouis sent off, and Gomez converted for the equaliser.

The bizarre moment of the week was the Chelsea coach, Jose Mourinho, criticising his medical staff for running onto the pitch to offer medical assistance to his player Eden Hazzard. Is that not what the medical team should be doing in the event of an injury to a player?