Calcutta (now known as Kolkata) is a city in eastern India. Located on the banks of the Hooghly River, this was a very important city under British rule. The city’s significance can be gauged from the fact that it was the capital of the British Indian Empire. Until recently, it was believed that Job Charnock, an agent of the East India Company, had founded this city. It is believed that this city was formed by combining the three villages of Gobindapur, Sutanuti and Kalikata. However, in a 2003 ruling, the Calcutta High Court disproved that Charnock had founded the city and stated that this city had an older heritage, being created in the Maurya or Gupta period.

For South African Indians, the city is significant because many of their ancestors who left India as indentured labourers to South Africa did so at the port of Calcutta.

Before the British arrived in Calcutta, it was a village. At that time, the capital of Bengal was Murshidabad. Siraj-ud-daula was the Nawab of Bengal but he was defeated at the Battle of Plassey in 1757 by Robert Clive. Once the British arrived in Calcutta, it was slowly changed into a colonial city. Traces of this colonial heritage can still be seen in the buildings of this city.

The Look of the Colonial City

After the first Fort William had been destroyed by Siraj-ud-daula, the British built the new Fort William. Thereafter, British architectural influence was seen in the residential bungalows built in the Georgian style and the administrative and civic buildings (such as the Writers Building) that were built. Other important buildings in the city were the Town Hall, the Government House, St. Paul’s Cathedral and St. Andrew’s Church. This architectural progress led to this city being called ‘The City of Palaces’.

From the British times, Calcutta was also the cultural capital of India. Here, there was an interesting mix of British influences and Indian traditional knowledge. A product of this was the intellectual or the aantel who soaked in his indigenous culture as well as read extensively to increase his awareness of the world around him. No wonder Calcutta was the scene of some of the most revolutionary movements, such as the Naxalite movement, in recent years. In the last few years, Calcutta’s book fairs, art galleries and cultural shows have attracted people from all over the country. This city is still known for its adda culture where youngsters spend hours engaged in interesting debates, trying to sharpen their analytic skills and prove their point.

In the early times, Calcutta was the commercial capital of the British Empire. The port city provided a wonderful linkage for carrying goods from one place to another. Moreover, indentured labourers from the states of Bihar and Uttar Pradesh were often taken to distant British colonies from here. The Hindi-speaking community in South Africa boarded ships at the port of Calcutta and embarked to South Africa.

Once the capital of India was shifted to Delhi in 1911, the seat of power shifted there. After independence, this became even more apparent. In recent times, Calcutta has been plagued with political instability and industrial problems. Most youngsters opt to work outside the city as employment options within the city are shrinking. 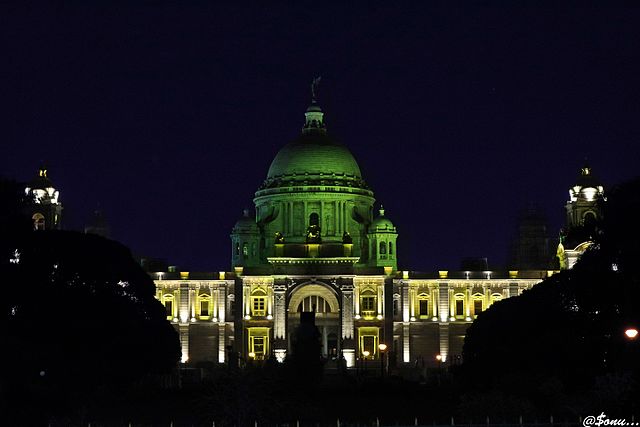 Even though the people of this city are intelligent and culturally inclined, they are criticized for their lackadaisical work habits and tardiness. Compared to other cities, Calcutta’s infrastructure has not been developed well. There are a large number of people living in squalid conditions here. In order to be at par with other developing cities, much needs to be done for this ‘City of Joy’ as it once used to be called.